What is KYC and why the global crypto community needs user identification?
KickAcademy survey: more and more people trust their digital assets to and trade on cryptocurrency exchanges with KYC procedures enabled

EN
What is KYC?
Regulators around the world are working to create global standards for the KYC (abbreviation for know your customer). These standards apply to the financial, technological sectors, and cryptocurrencies. The technology sector, that began with anonymous peer-to-peer payments is now aiming towards the security of traditional finance, which means compliance with the KYC. It is a security standard that helps to verify and confirm the identity of the client. Its essence is that users of the service, upon registration or after it, must provide documents proving their identity (usually a passport, driver's license, photo or selfie).

Between 2000 and 2010 in most jurisdictions, such as the United States and Canada, most of the European countries, Russia, South Africa, India, Singapore, South Korea, China and Japan (these are just some countries) adopted the legislation on KYC and AML procedures (anti-money laundering). As a result, banks and related financial institutions started to comply with the requirements of anti-money laundering legislation.

In the crypto community, the KYC procedure was onboarding with skepticism, as users were afraid to disclose their data, which could fall into the hands of scammers. Moreover, according to many crypto users, the KYC procedure contradicted the very idea of anonymity when using cryptocurrencies. However, with the growth of popularity, the development of infrastructure, and the adoption of the cryptocurrency payments in many countries around the world, the opinion of most users has changed.

Survey results
A KickAcademy poll among 624 respondents from Indonesia, USA, Russia, India, and Vietnam and a number of other countries actively trading crypto assets on exchanges indicates a change of opinion among the community of active crypto-users.
Is it mandatory to go through KYC procedure on exchanges where you trade? 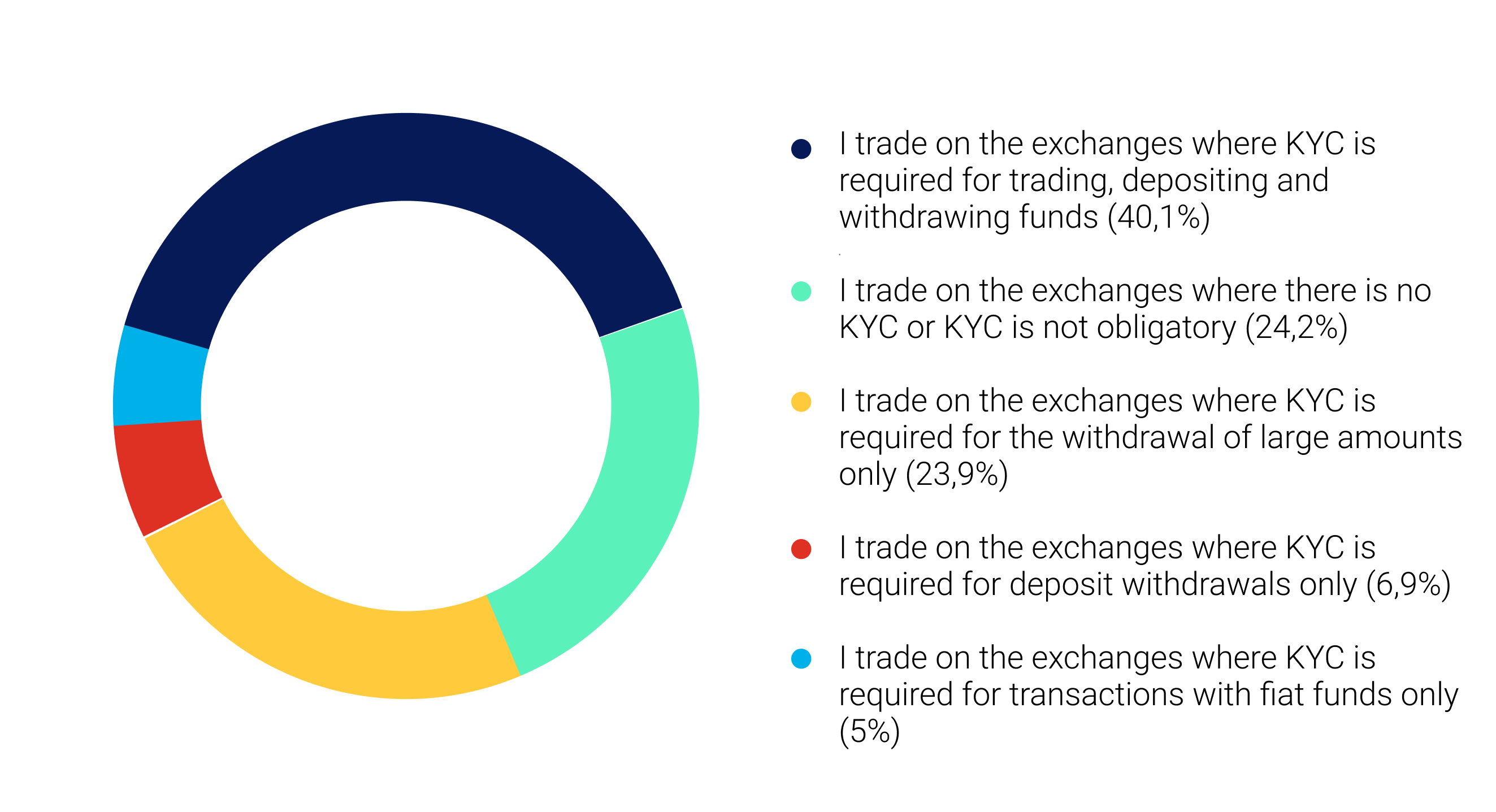 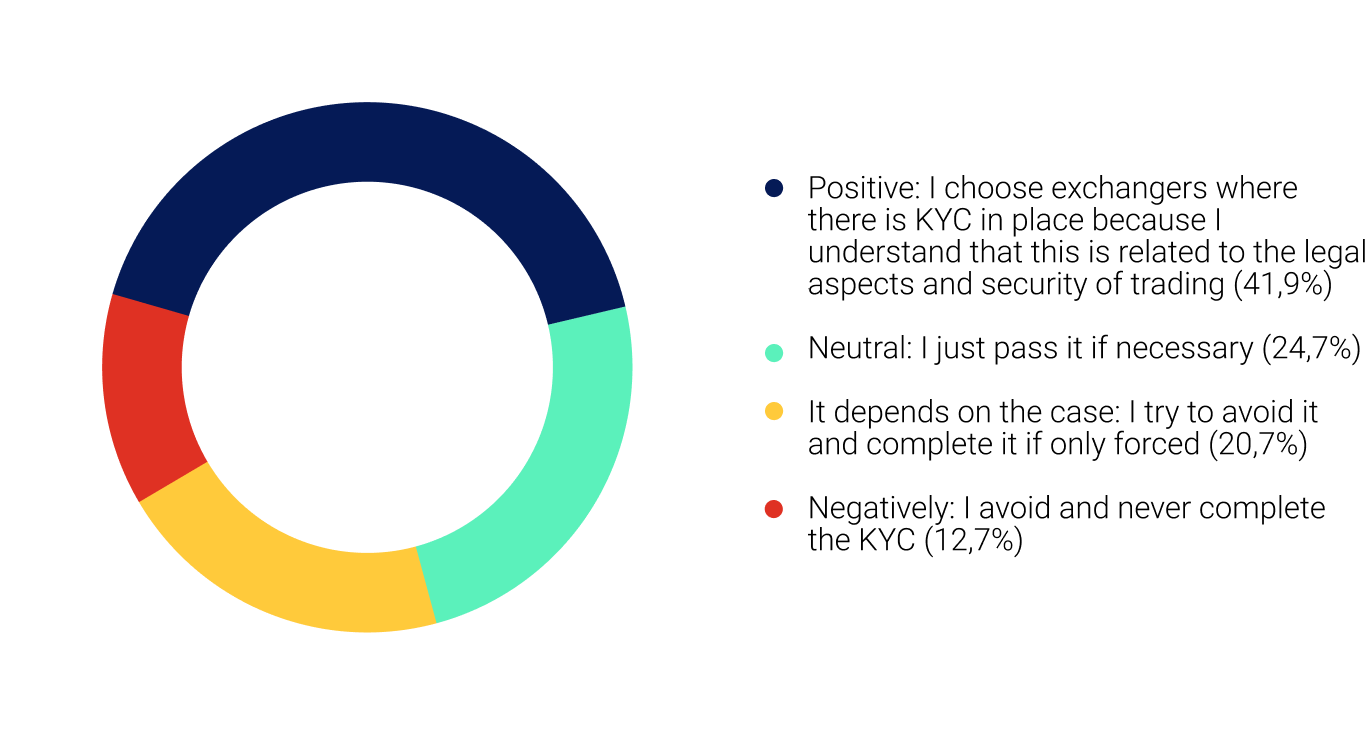 How do you feel about the KYC procedure on exchanges?
One of the key indicators of subjective attitude towards KYC is that almost half of the respondents (41.9%) positively perceive this procedure and consider it important for legal and safe trading operations. A quarter (24.7%) are positive about the KYC. The remaining respondents believe that it is necessary to pass the KYC in only special cases (20.7%), or they completely avoid it (12.7%). 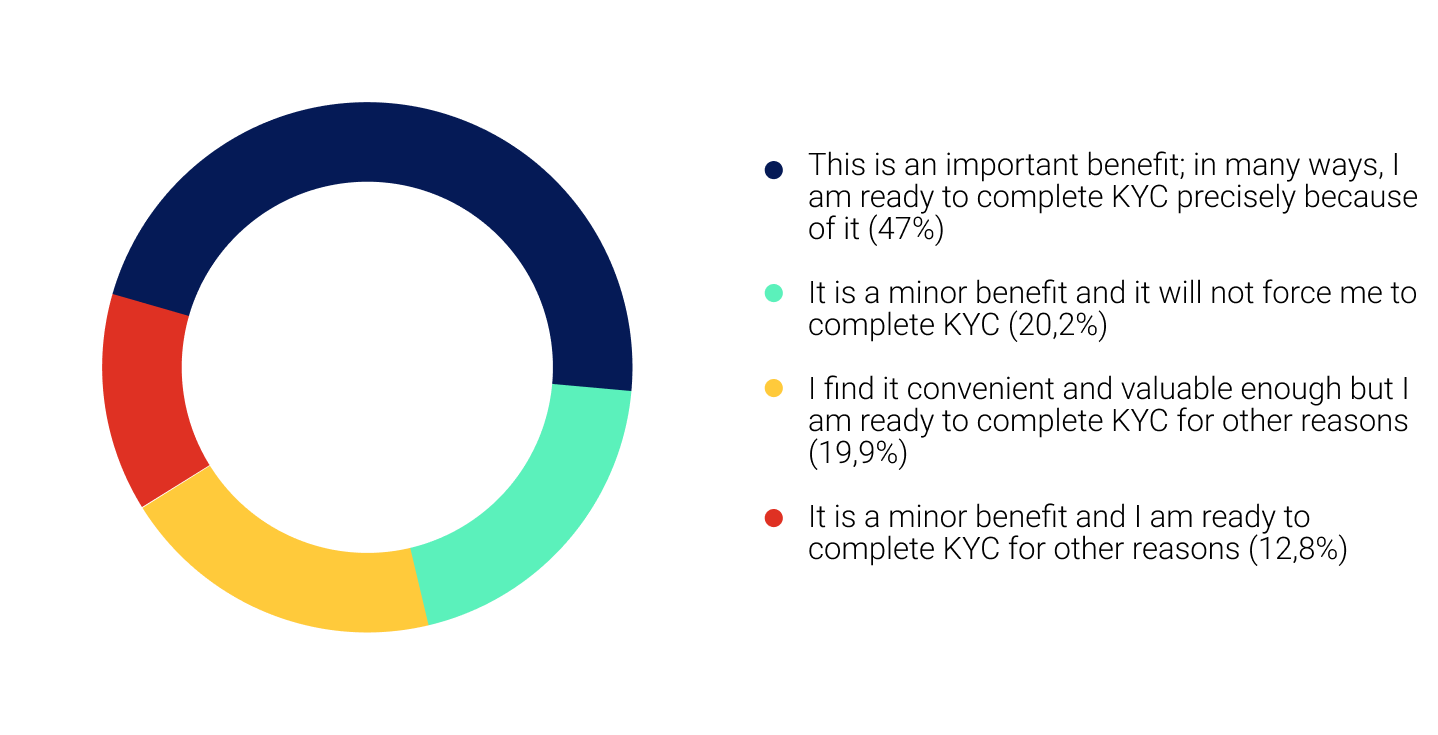 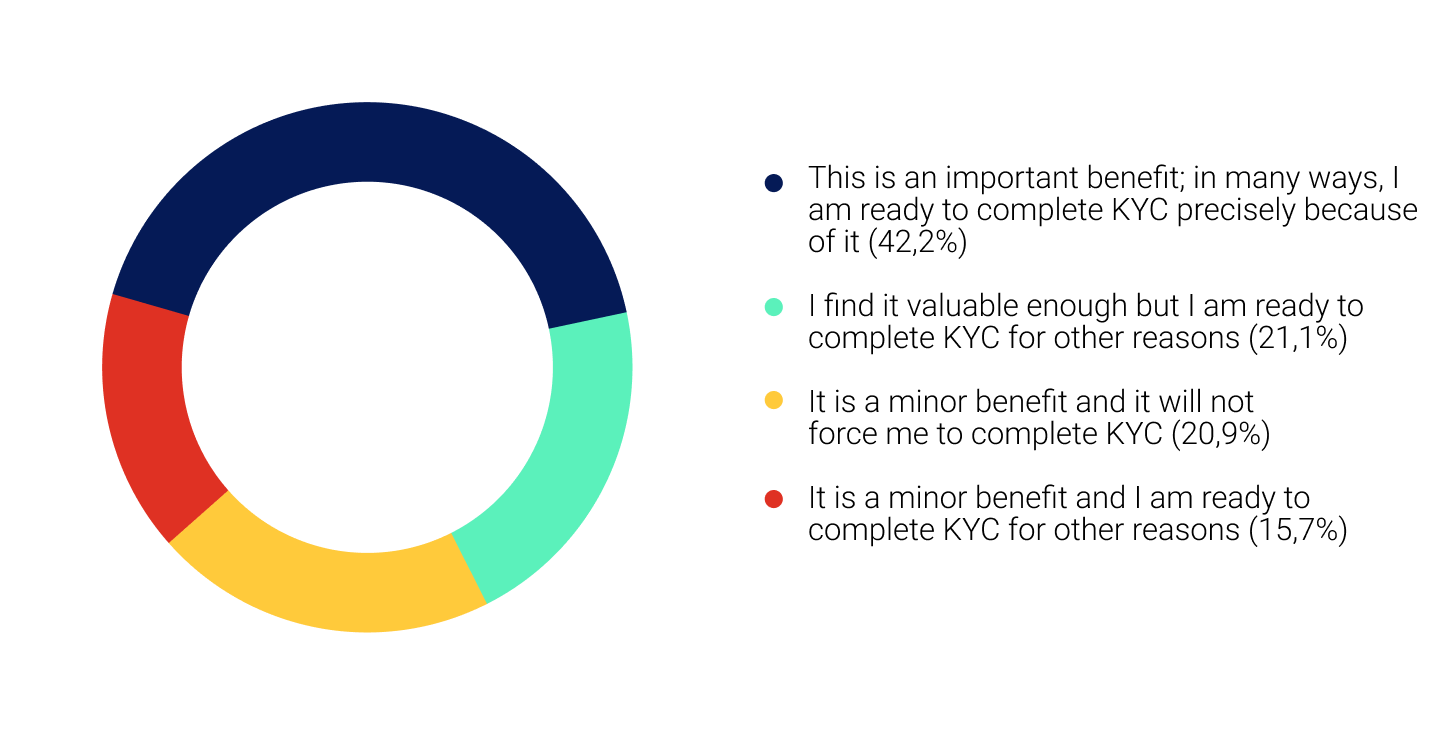 KYC prevents access to the market of assets of individuals from countries under sanctions and market participants with a dubious reputation, eliminating the risks for others to get potentially distressed assets. Is this KYC advantage valuable to you?
A survey on the importance of KYC in eliminating the risk of obtaining potentially distressed assets showed that the majority of respondents (42.2%) consider the excluding of participants with a dubious reputation from the market as an important advantage. A little more than a fifth of respondents (21.1%) believe that this advantage is quite valuable, but they are ready to use KYC for other reasons. Meanwhile, two other groups (20.9% and 15.7%) consider this advantage to be insignificant.
In case of loss of access to the exchange account or its blocking due to suspicious activity, KYC allows you to speed up recovery. Is this KYC advantage valuable to you?

Have you encountered a situation where the exchange on which KYC is not mandatory suddenly froze your assets and obliged you to go through the procedure?

The survey on the cases of blocking or freezing the assets by the exchange and forcing to pass the KYC procedure showed that (32.9%) of participants encountered such a problem and had to comply, (28.1%) had no problems of this kind but have heard about them elsewhere. The last (18.8%) did not encounter such problems at all. 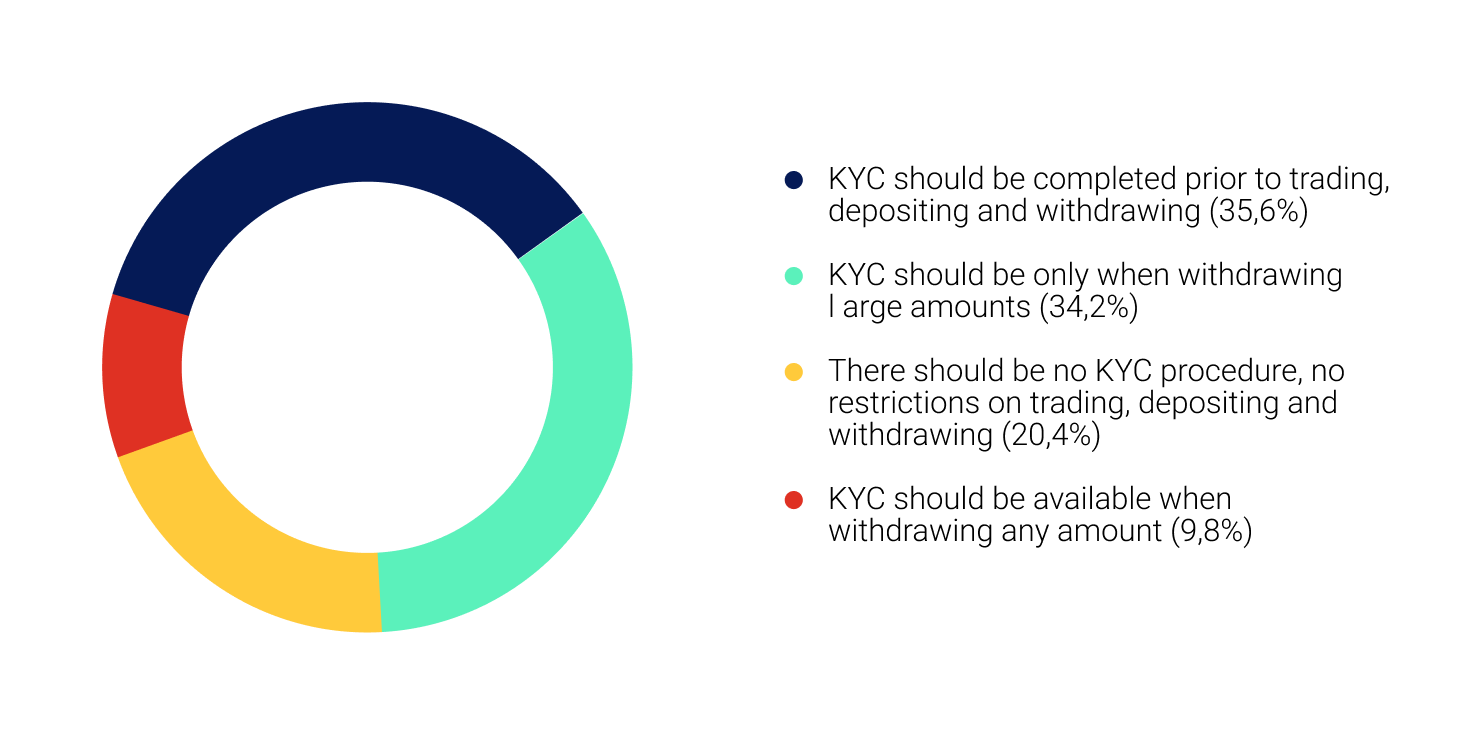 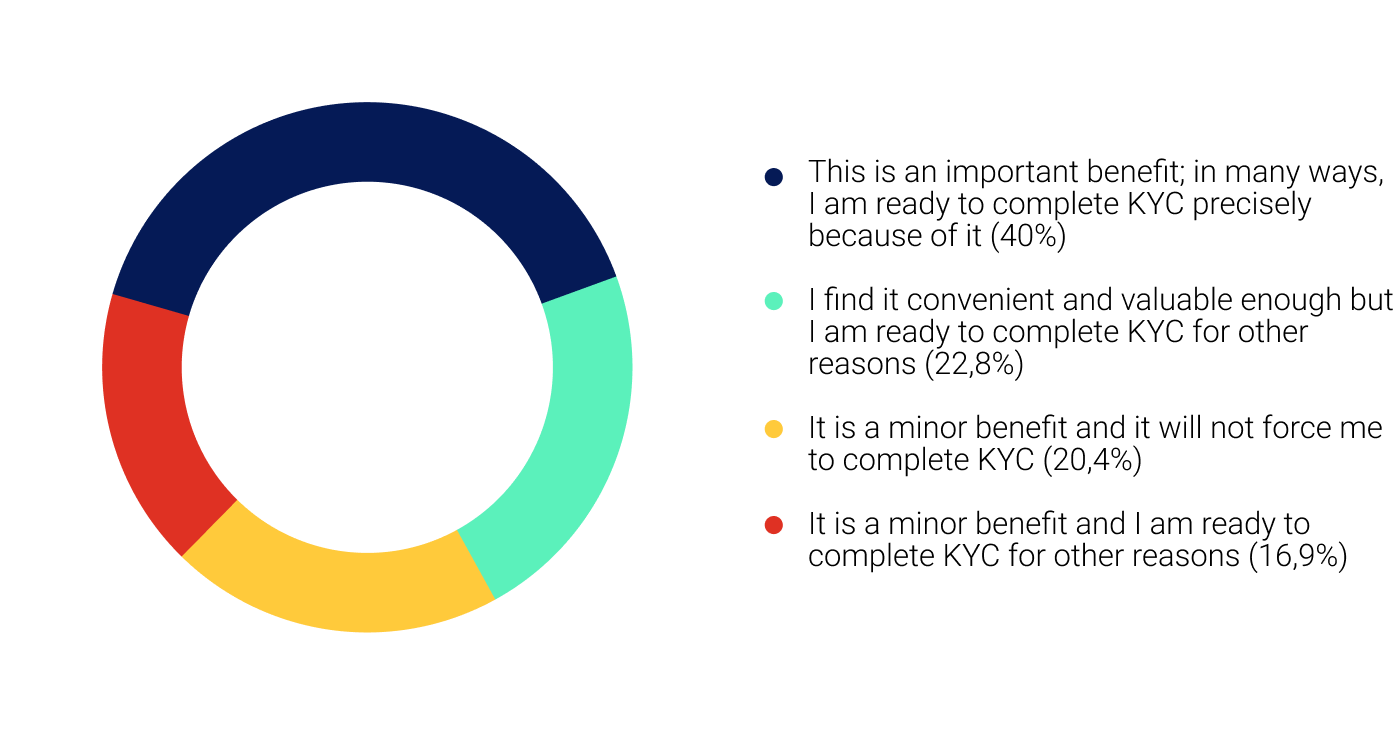 The first group believes that KYC is necessary and ready to pass it because of this reason, as well as other advantages (40% and 22.8%, respectively). The second group is assured this advantage is insignificant, and they do not plan to pass the KYC (20.4%). The remaining (16.9%) of respondents also do not consider this as an advantage, but they are ready to undergo the KYC procedure for other reasons. 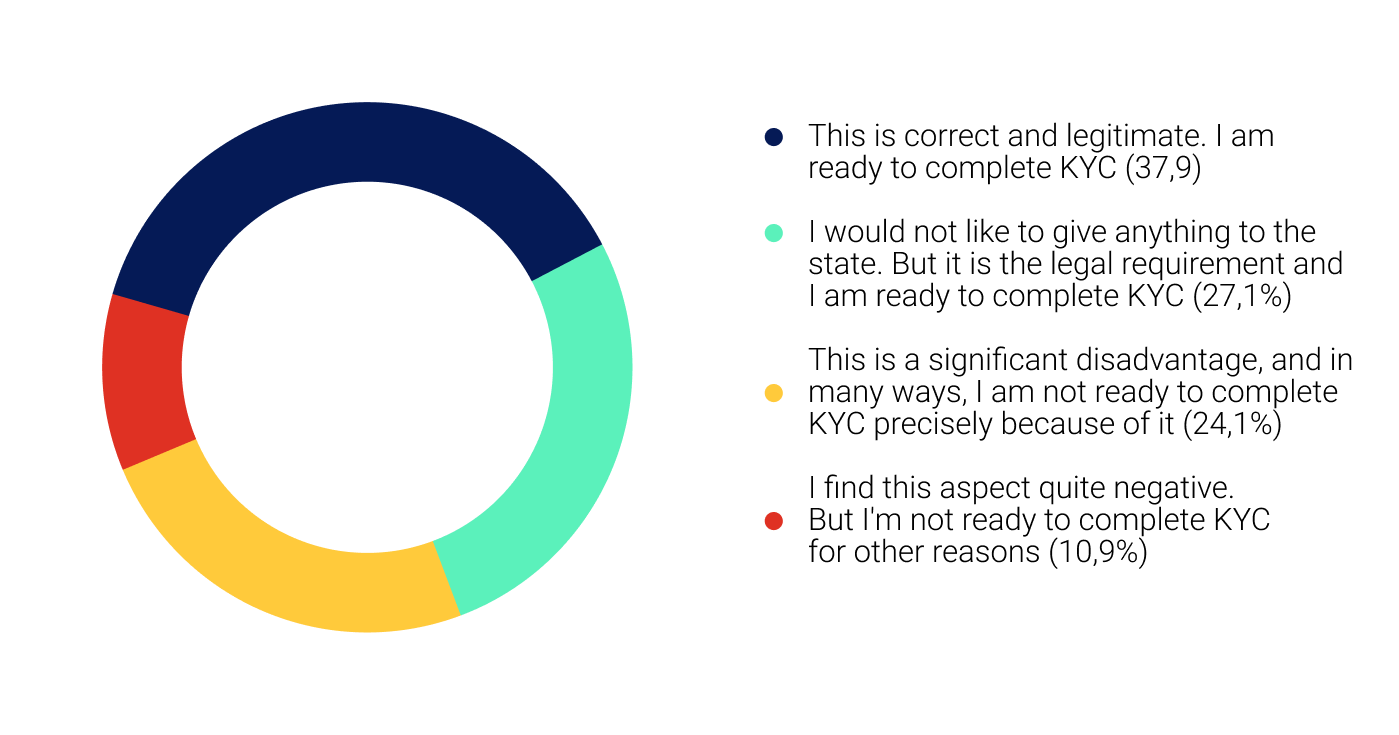 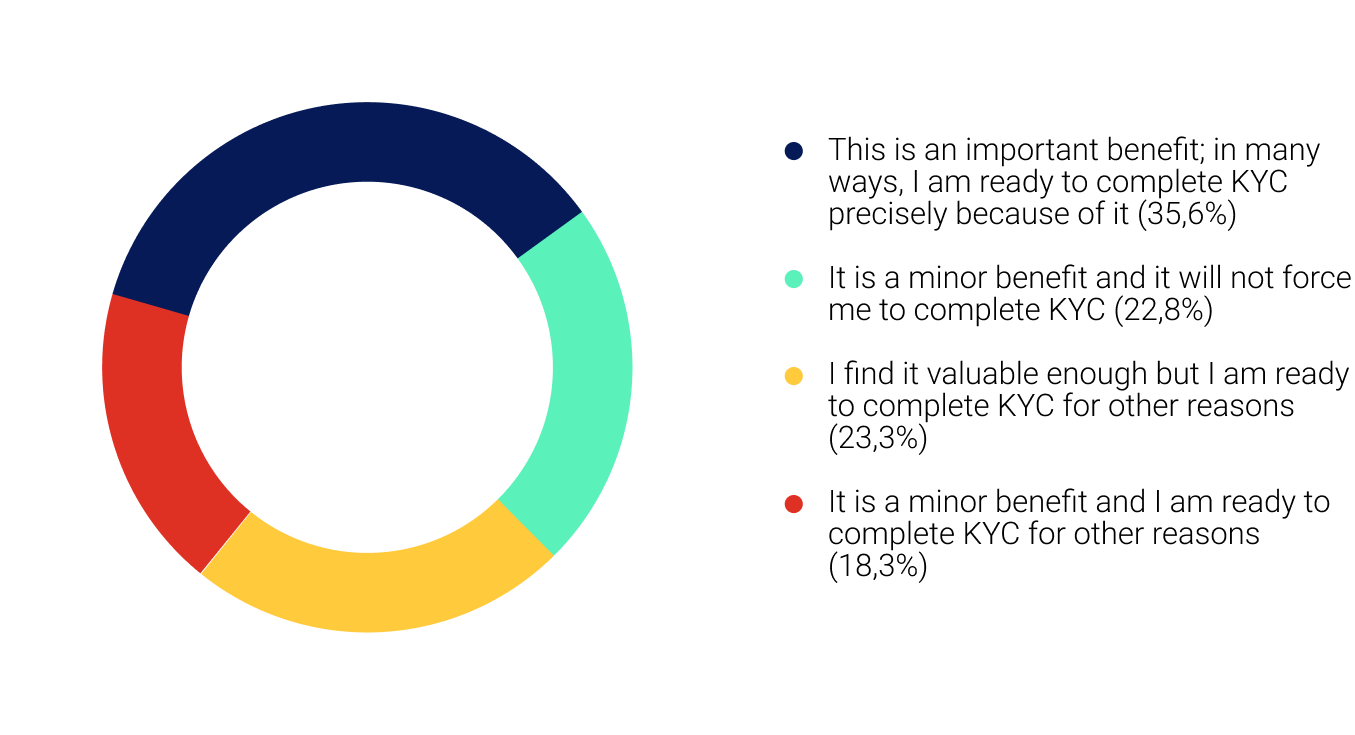 (35.6%) of respondents consider incentives as an important advantage on cryptocurrency exchanges, and are ready to pass the KYC procedure. However, (22.8%) of participants believe that such incentive programs are of insignificant advantage and it will not force them to pass the KYC. 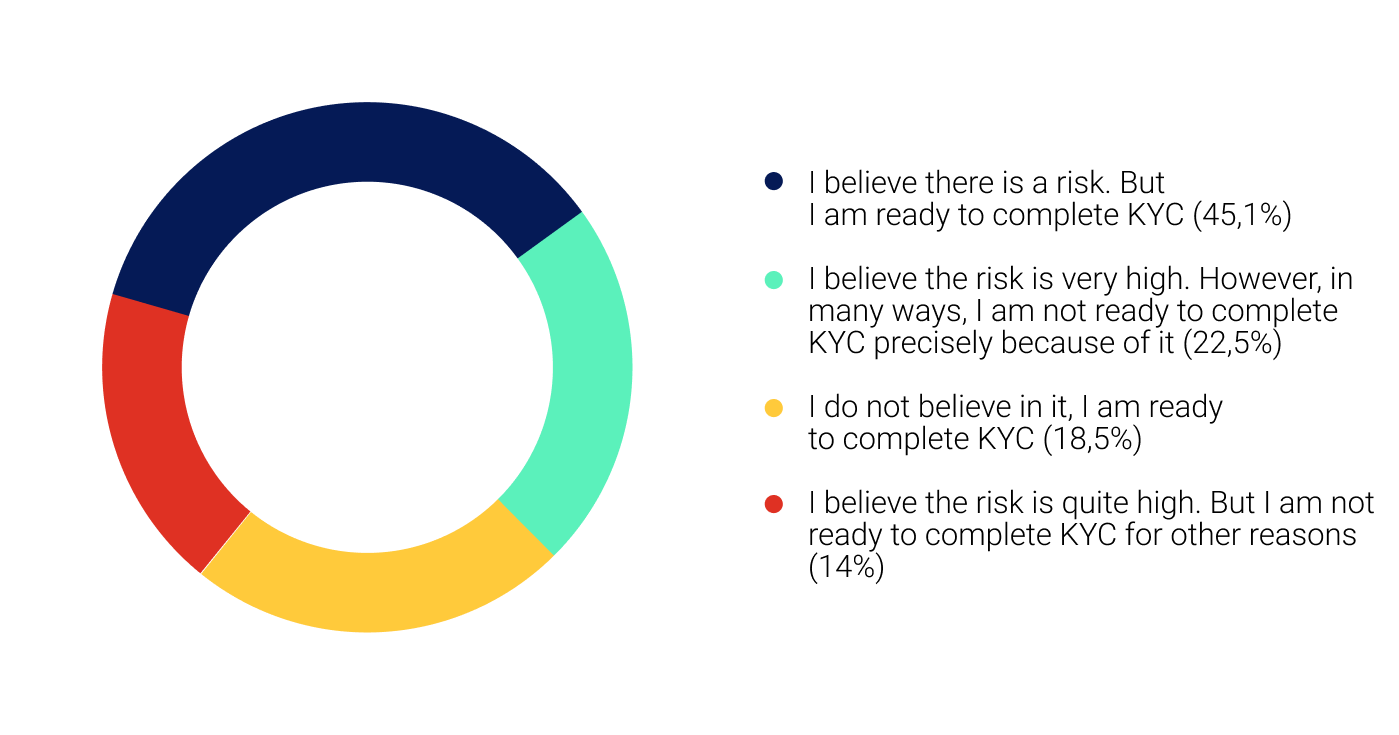 There is an opinion that exchanges sell or somehow illegally use the personal data of users obtained after passing the KYC procedure. How real do you think this risk of completing the KYC procedure is?
The survey revealed that (45.1%) of the crypto users surveyed are still willing to pass the KYC despite the risk of personal data leakage. Further, (18.5%) are ready to undergo this procedure and claim that they do not consider the risk of illegal use of users' data significant. (22.5%) and (14%) of respondents are not ready to pass the KYC.
Conclusion
1. The survey showed that the number of users who are positive or neutral about the KYC procedure and are ready to go through it is 4 times larger than those who feel extremely negative about it. The interesting fact is almost half of the respondents understand the importance and benefits of having previously completed the KYC in case the exchange account is blocked and the user needs to restore it. It is worth noting that asset blocking is a common situation when user assets become frozen until the user passes the KYC. Thus, the trend towards the universal adoption of this procedure among the most respectable and large exchanges is obvious. Most of the respondents are positive about the KYC procedure prior to any trading activity.

2. Most of the surveyed users understand and positively appreciate the fact that passing the KYC for trading on the exchange is a requirement of state regulators. Moreover, the vast majority of respondents are anticipating the clear regulation of cryptocurrency trading from their governments, and expect that with the KYC in place, it will become much easier to convert digital assets to fiat money, hedge risks, and use other financial services in the cryptocurrency sphere. Nevertheless, about 20% of the survey participants are negative because of doubts about the safety of personal data in the hands of third parties and the reluctance to disclose their identity to pay taxes on income from trading digital assets on the exchange. 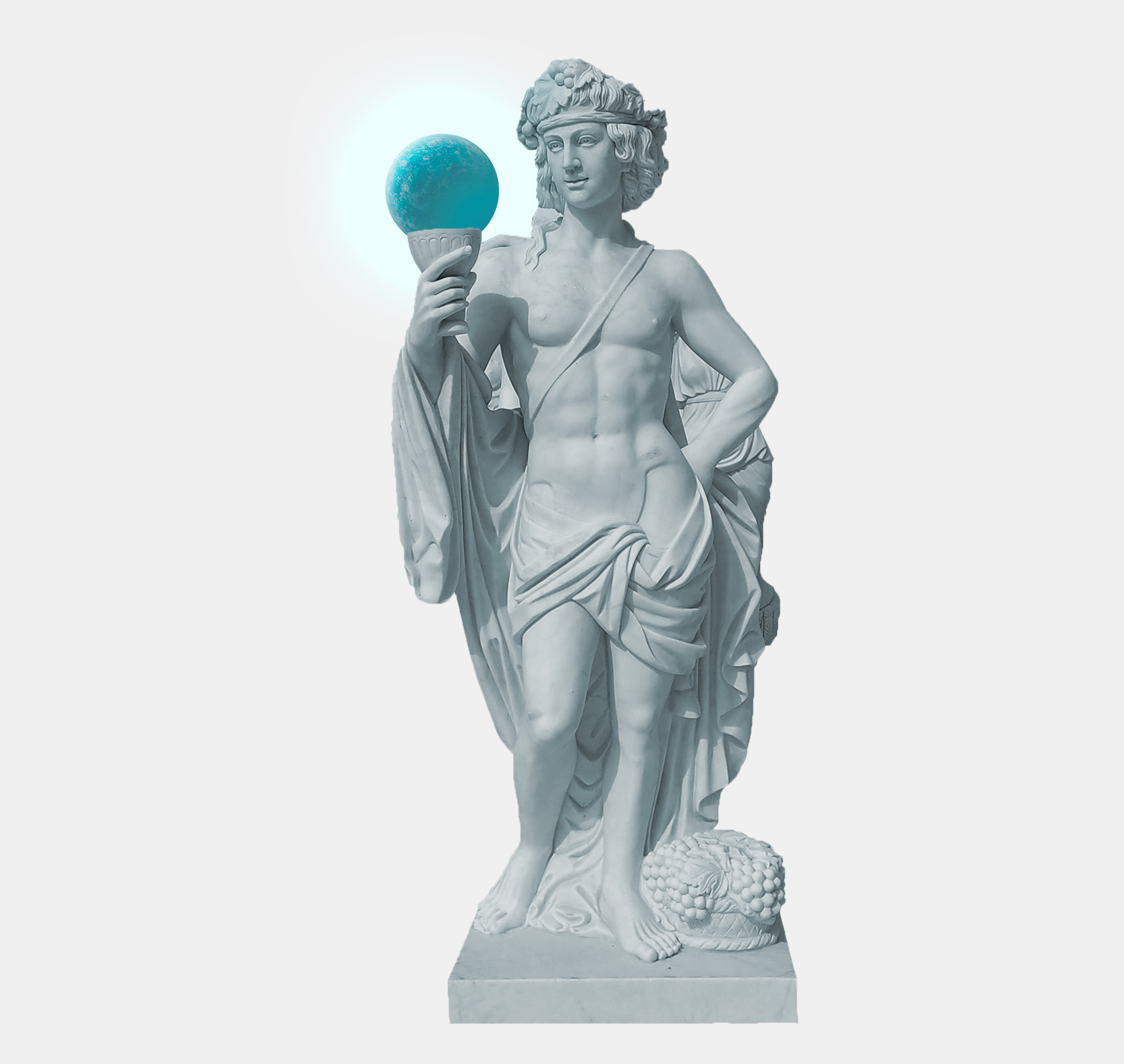 3. The well-grounded fear of users for the safety of their confidential information poses a cryptographic industry a non-trivial task to maintain a balance between security and compliance with the state regulations. The one possible option would be RegTech 3.0, a regulatory technology that digitizes a wide range of regulatory compliance processes. RegTech technology is designed to reduce costs, and improve user protection and risk identification well before the regulatory intervention. This technology uses a combination of new solutions, such as artificial intelligence, machine learning, RPA (robotic processes automation), and biometrics, but at the same time indicates significant changes in the development strategy.

4. At this stage of Kick Ecosystem product and services development, choosing a reliable KYC provider partner on the KickEX exchange is one of the highest priorities. We intend to use the services of Sum&Substance company which has already established itself as a leader in the KYC/AML market in Central and Eastern Europe and Asia. Their experience and tools will help resolve issues related to costs and risks while providing our customers with the reliable protection of their data. The processing of documents and selfies of users who have passed KYC is carried out by the Sum&Substance provider. Kick Ecosystem will not store any user data on its servers, but will only receive anonymized data, which will play as additional protection against possible cyberattacks and data theft by third parties.

5. This poll once again proves the trend of a gradual shift in opinion regarding KYC from negative to neutral and positive among crypto users. Many traders and cryptocurrency holders support the opinion that — for all its side risks, — KYC has a positive effect on the convenience and security of digital assets stored on exchange accounts of crypto users and traders. 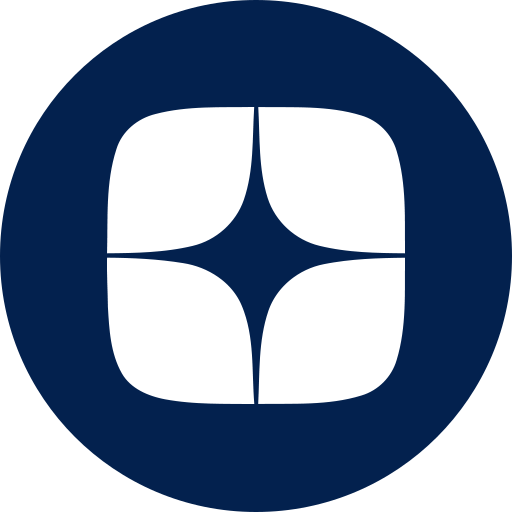 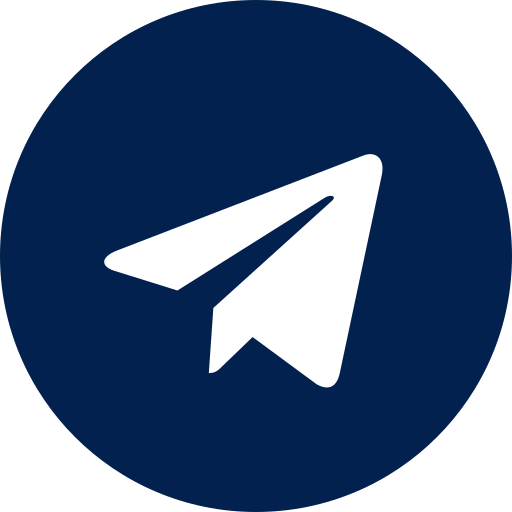 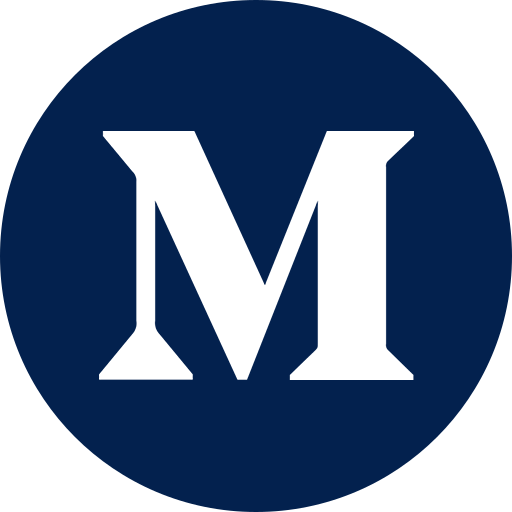 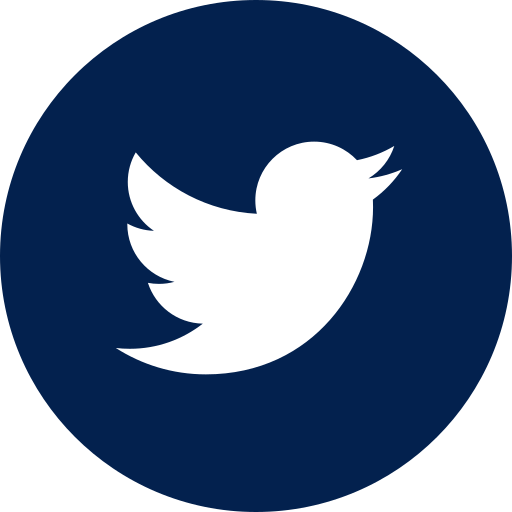 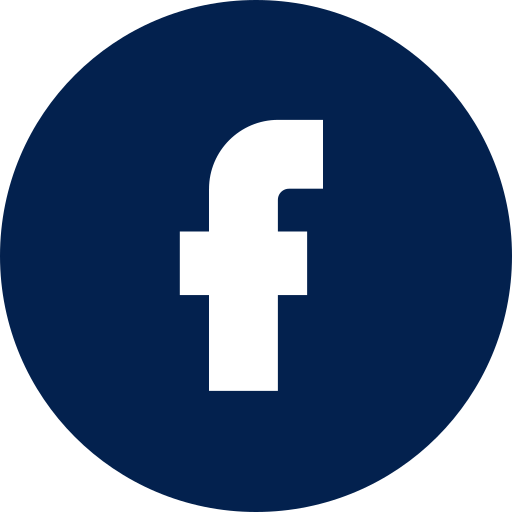