Simple Guide to Use Trendlines 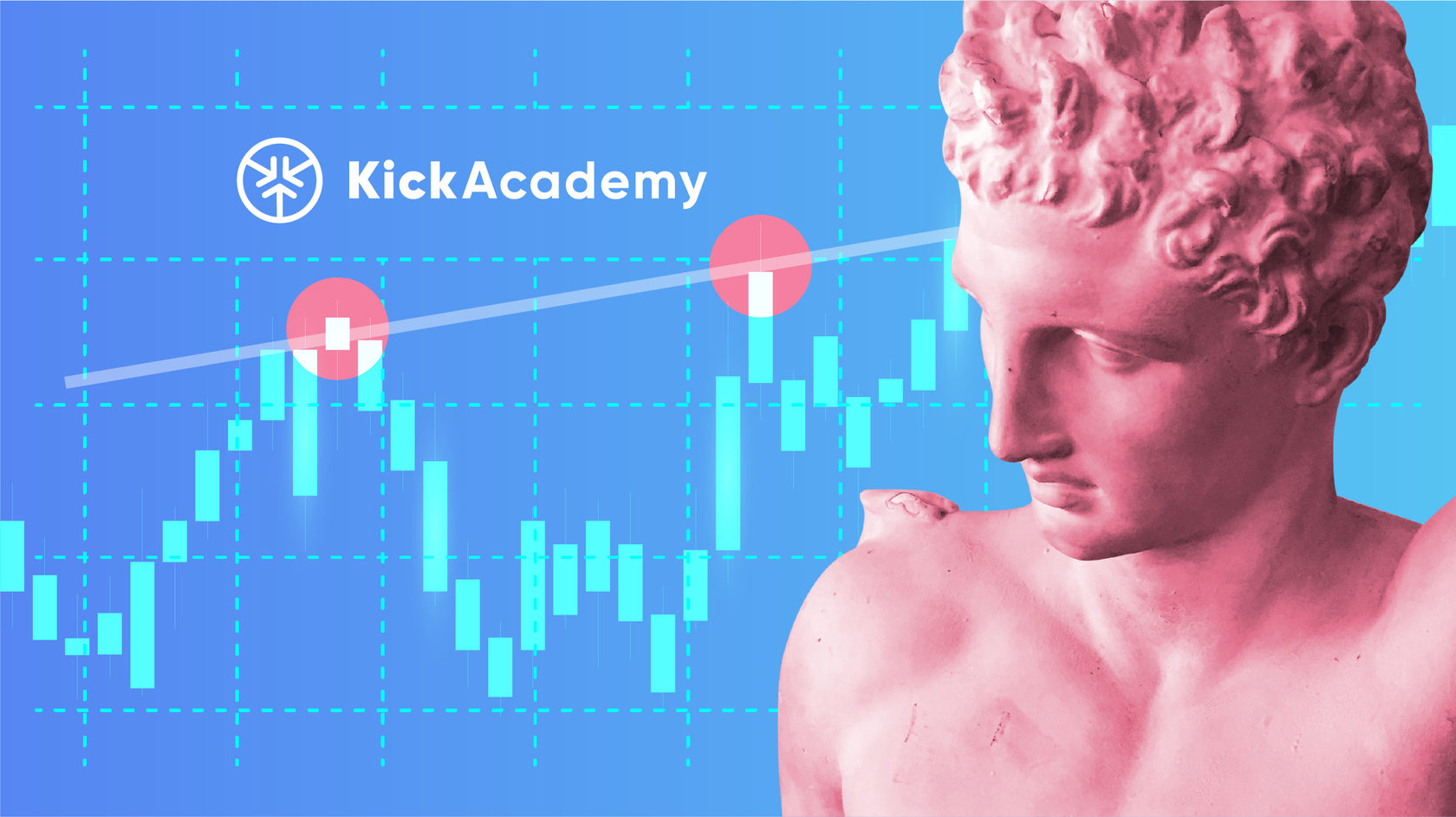 Trendlines are one of the oldest technical indicators. They are used to identify and confirm the presence of price trends. They can be created on any time frame and any chart. The first step is to place a trendline on the chart. Visually, it is displayed as a straight line connecting two or more trend pivot points.

Find the practical use of your skills and start trading on KickEX now!

There are three main trends in the market:
1. Downtrend (bearish). This type of trend is identified by the price maximum. When the price of a currency peaks, the chart starts to go down. To determine the downward position of the line, one need to fix the highest point on the chart and draw the line to the minimum price. When the price starts to rise again, this phenomenon is called a breakout of the downtrend. can predict how the value of an asset will behave in relation to a currency or another asset, you can play short.


2. Uptrend (bullish). This kind of trend is determined by the minimum price. The minimum line position is highlighted and a line is drawn to the maximum price. When this line starts to decline again, it is called a breakout of the upward chart.


3. Sideways (flat). This phenomenon often occurs in a “calm” market, where the price of currency pairs is relatively stable. The chart has no signs of a sharp rise or fall, and the price changes by small amounts. When the market is calm, experts do not recommend opening an order, since it is very difficult to predict the movement of the chart in this case, unless you are a guru of technical and fundamental analysis. During this period, the market accumulates strength to move up or down.

Rules to Build a Trendline

How to Trade with Trendlines?

There are two ways:

Trendlines are a useful tool for technical analysis (TA), but they are far from the most reliable ones. The choice of points that will be used to determine the trend directly affects its correctness, which makes such lines a bit subjective. For example, some traders draw a trend line based on candlesticks, ignoring the shadows. Others, on the contrary, prefer to draw lines along with the shadows, following their highs and lows. For this reason, trendlines must be used in conjunction with other tools and indicators.