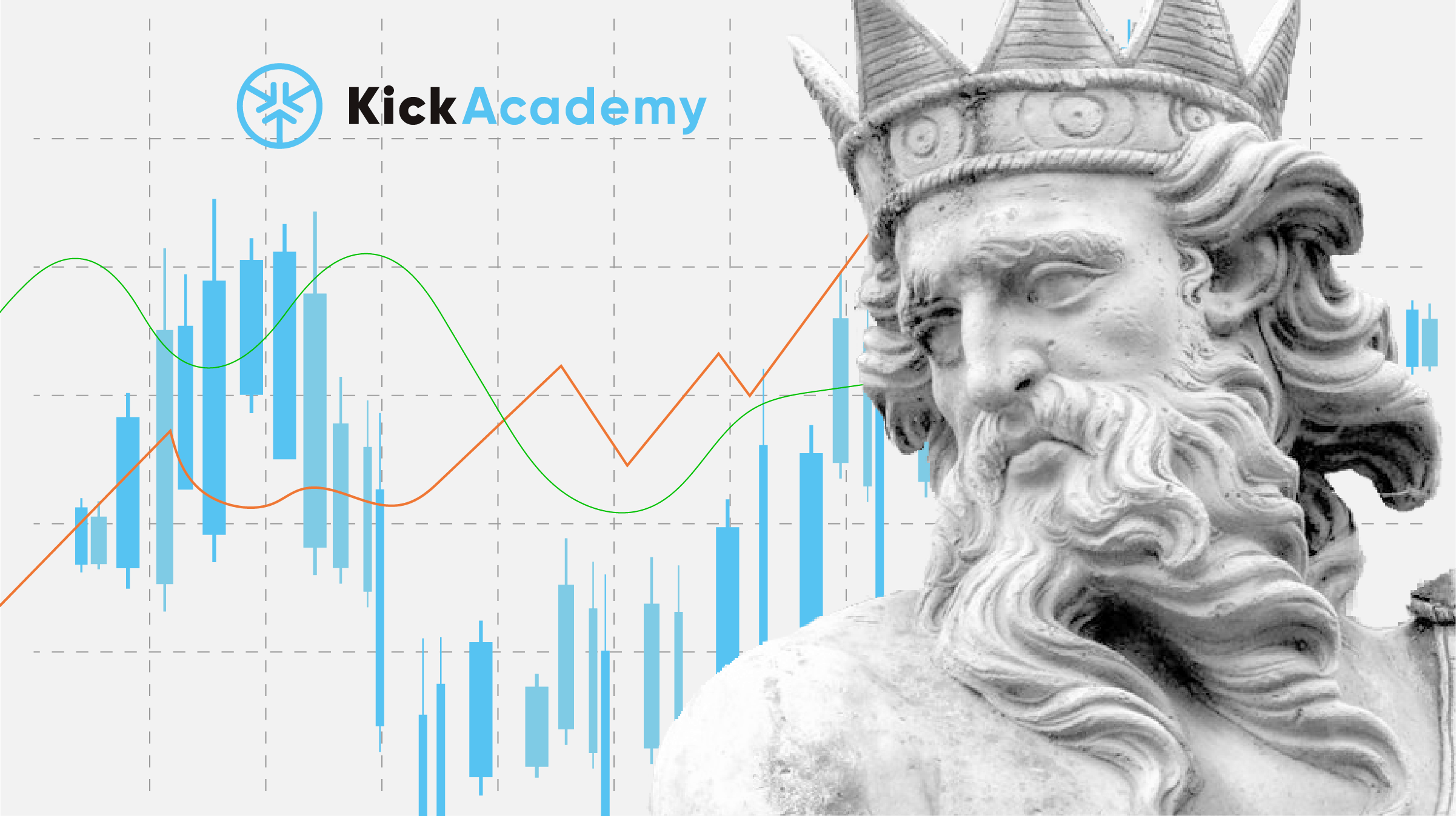 It is an open secret that the charts reflect all the technical factors that affect prices since they provide a historical price overview. Turning to an extended period of the asset price actions, it is possible to identify repeating patterns, which have a favorable impact on the current trading on the stock, forex, or cryptocurrency markets. It is estimated by many traders that classic patterns are the very indicators, reliable in trading.

These classic patterns demonstrate the probability that the current trend may continue or change its direction. They represent consolidation periods that stand out within a clearly defined trend and help traders make informed decisions. In this article, we will look at following most common patterns:

Visually, the pattern looks like a flag on a flagpole. This flagpole indicates the direction of the prevailing trend. A flag is formed as part of a strong trend, due to its sharp change.

Since the direction of the trend is determined, one should focus on the height of the flagpole: it indicates the price target at the end of the pattern formation. Usually, the “body” includes five waves, and on the fifth wave, the price goes beyond the pattern. Flags are usually accompanied by strong price breakouts. To assess the scale of the breakthrough, the trader must measure the depth of the “body”, the angle of inclination, and the number of previous waves. The sharper the angle of inclination is, the stronger the breakthrough will be. Analysts advise trading on this pattern only after the breakthrough has occurred.

The pattern is similar to a flag but has a triangular structure. Pennants appear in the middle of a dominant trend. The difference between a pennant and a flag is that the pennant moves in a narrow range and usually accompanied by low volatility.

With the formation of a pennant, trading volumes usually decrease and begin to grow again only after a breakthrough. Pennants usually consist of no more than 20 candles. As the flag, the flagpole height indicates the price target after a five-wave breakout of the price from the "body" zone.

In action, it looks like a regular triangle of different heights depending on the type of pattern. Usually, triangles are formed near the end of the dominant trend. Depending on the existing trend direction, the triangle may indicate a strong or weak continuation signal.

Depending on the prevailing trend, triangles can help the trader make an informed decision based on the following.

The symmetrical triangle is neither a bullish nor a bearish pattern since its analysis depends on the main trend. It is considered as a neutral pattern representing the period of consolidation.

The main features of the triangles are as follows:

The falling wedge is a bearish pattern. It is a rather rare pattern of technical analysis, which is formed on a downtrend. Usually, a falling wedge portends an uptrend, but this is not always the case.

The head and shoulders pattern is a quite common pattern after an uptrend, and it represents three peaks, the middle of which (head) is the highest, and the other two peaks on the sides (shoulders). This indicator reverses the price, creating a new downtrend.

In contrast to this pattern, there is a reverse situation, but already on a downtrend, where this inverted signal gives rise to the appearance of an uptrend.

Finding classic patterns in practice takes some time. The longer the charts are analyzed for patterns during TA, the easier it will be to find them. These patterns are great trading signals, as they help predict price targets. The overall usefulness of such patterns to the trader can be significant. In order to properly manage risks, these signals should not be considered in an isolated option.